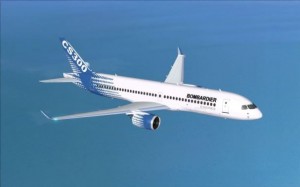 February 17, 2016 will go down as one of the most bittersweet days for IAM members involved in the Canadian aerospace industry. The day began with announcements that were both good and bad. Air Canada announced it would purchase 45 Bombardier C Series 300 airliners with options for 30 more. The national air carrier will take delivery of its first 135-seat narrow body C Series 300 in 2019. “This is great news for our members in Quebec and our members in Canadian aerospace,” said IAM Canadian General Vice President Dave Ritchie. “This was the deal Bombardier was looking for, recognition for a state of the art aircraft by the country’s largest airline. Air Canada is to be complimented for its commitment with this announcement and it’s a testament to our 4,500 members at Bombardier.” But the $3.8 billion deal and a $1 billion investment from the Government of Québec wasn’t enough to avoid layoffs. The C Series program has been bleeding Bombardier resources and efforts to gain investment from the federal government have so far been unsuccessful. Bombardier announced it would trim its global workforce by 10 percent or 7,000 workers over the next two years. That cut includes 2,400 workers in Montréal. “Some of those layoffs will be mitigated when Bombardier transfers workers to the production side as the aircraft begin to come off the assembly line,” said IAM Québec Coordinator David Chartrand. Later that morning Air Canada announced it would have its C Series airframe heavy maintenance work performed in Québec by a recognized maintenance provider for a minimum of 20 years following first delivery in 2019. It also said it would commit to help establish a Centre of Excellence for C series aircraft maintenance in the province. In return the Québec Government said it would drop its litigation against Air Canada for violating the Air Canada Public Participation Act. The Act stipulates Air Canada must maintain heavy maintenance work at three Canadian locations, Montréal, Mississauga and Winnipeg. Air Canada sold its heavy maintenance arm to Aveos Fleet Maintenance in 2007. Aveos subsequently folded in 2012 taking 2,600 IAM members’ jobs with it. Air Canada has conducted its heavy maintenance offshore since then. The Québec and Manitoba governments took the airline to court stating it violated the Act and the heavy maintenance work should be returned to Canada. In December 2015, the Quebec Court of Appeal ruled that the airline had contravened the Act. “We are astounded by the Québec government’s decision regarding the former-Aveos workers in their plight to get their jobs back,” said Ritchie. “We have yet to hear a response from the Manitoba government on what action it will take.” 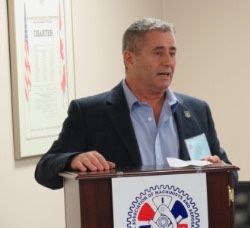 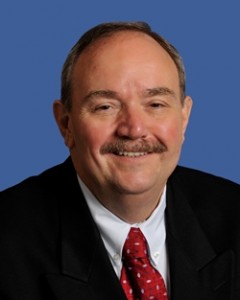 IAM International President Bob Martinez announced that, effective May 1, 2016, Canadian Chief of Staff Stan Pickthall will succeed Dave Ritchie as Canadian General Vice President. Martinez made the announcement at a meeting of IAM District 250 in Vancouver, BC.

A 42-year member of the IAM, Ritchie has served in leadership roles with the union for over 38 years, the last 20 as Canadian General Vice President. He was instrumental in saving the jobs of thousands of IAM members when Canadian Airlines was restructured in the late 1990’s. He drew a line in the sand with Air Canada in 2004 when the company emerged from bankruptcy, saving the pensions of not only IAM members but those of other unions at the national air carrier.

“Dave Ritchie is what trade unionism is all about. You always knew where you stood with Dave,” said Martinez. “Dave leaves a legacy of determined, honest and compassionate representation for the membership. He’s come a long way from those early days as an electric meter repairman at Sangamo Electric and he should be proud of what he has accomplished. He has served this union with distinction.”

“I am confident that Stan will serve the Canadian membership and indeed the entire IAM with honesty, compassion and dignity,” said Ritchie.